I got the pro version on the launch day, Rank Math Pro is the need of the hour.

The Google search console validations. It kept bothering me on How-To block articles.

It lacked the Tools and Supply options .Yoast was adamant for years that this is just a warning and not a much-needed feature, maybe that did not make sense as per the Yoast team as a feature, anyways shifting from Yoast to the Rank Math Pro was quite easy for me,

Rank Math has a tool that imports everything and vice versa Yoast too has that.

Here are some of the Rank Math Pro things I did not like too much.

The price is same as per the Hyped Deal

But that’s not the case from months of its launch . It’s the same price . I think that it shall remain the same as well. If ,I bought it early as a buyer .That was merely a price ticker strategy . That , the Rank Math program used and nothing more .

If the pro version has an update you have to delete the pro plugin and send the new zip file maually, that’s a pain.

As, I firmly believe in auto-updates to be for certain core plugins likewise for the SEO, cache, and frameworks.

An additional plugin keeping the free and pro both

This means that you have to keep both the free and pro version consecutively.

Using the Rank math pro version means an additional number to the plugins you have on your WordPress site.

Nothing much for the Google Web Stories

The pro version of Rank Math has nothing much for the google web stories plugin . Like it should have, for the schemas and some additional support extra than the free versions.

before my purchase, I read a great article on the same blog for the SEO of google web stories . I expected the pro version to have some extra features for the same .

Deals that came along were not of my use

The long list of coupon codes and deals , followed with the pro version later, the purchase was not viable to me as it seemed to be,

most deals have trials with subscriptions that are already offered by those sites.

Support team was a bit slow to respond initially

Pro version is now active with a few problems. It took 4 days for the team to respond back.

Gradually that improved, came down to 2 days let’s hope they improve more on the response times, and get a dedicated support team for the pro plan users.

Integration of the Rank Math Pro analytics for the normal keyword tracking also asks for access to the AdSense data.

It sounds a bit off-track provide to although it is nothing to do with the Keyword tracking or improving your AdSense revenue.

Still, we have loads of features in the Pro version of Rank Math.

These, I believe are incomparable to any other SEO plugin for WordPress. 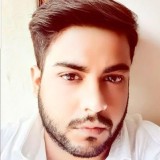